The Ministry to Seafarers (M2S) is located in the Old Port of Montreal and is an outreach mission of the Christian Reformed Church. 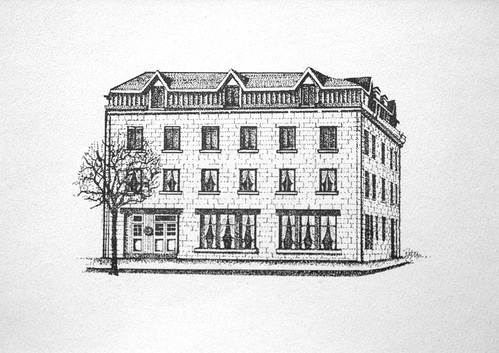 In the early 1960s, the Reverend Uittenbosch of the Christian Reformed Church of North America started to visit the ships that came into the Port of Montreal to reach out to the men on the ships with compassion and the gospel. Eventually, in 1965, his work became what is known today as The Ministry to Seafarers (M2S).

We work out of Mariners' House, an independent organization supported by various shipping federations and companies, which is conveniently located in the Old Port of Montreal. Our office is located in their building and we work hand-in-hand with them. We have two full-time chaplains and one administrator on staff, and rely on the help of many volunteers and interns.

M2S exists to help meet the physical, emotional, and spiritual needs of all seafarers, regardless of nationality or religion, who visit the Port of Montreal. We do that by:
Read more about our Facilities and Services, or follow our staff and volunteers as we describe for you a typical Day in the Life of M2S. 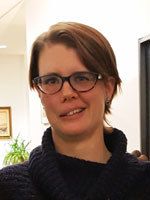 Lead Chaplain
Michelle grew up near Sarnia, Ontario. She has a Bachelor’s degree in Cross-Cultural Studies from Kuyper College and an MA in Global Leadership from Fuller Seminary. She started working at M2S as an intern in 2000 and became Lead Chaplain in 2004. She was ordained by the Christian Reformed Church as a Commissioned Pastor in 2004 and endorsed as a chaplain by the CRC in 2020.  She is currently the Vice President of the North American Maritime Ministry Association and sits on the Canada Seafarers’ Welfare Board.

Michelle and her husband Don have four children and they enjoy spending time together as a family. 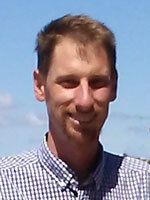 Chaplain
David grew up in Grand Rapids, Michigan. He moved to Montreal for work with a desire to see how all he learned in his Reformed upbringing would apply to a larger context and how he could create a place of spiritual safety for others.  David completed a Bachelor of Theology from Farel Reformed Theological Seminary in Montreal. He started working at M2S in 2006 and also volunteers weekly at The Open Door. In 2017, David was shortlisted for ISWAN's The Dr Dierk Lindemann Welfare Personality of the Year award as nominated by seafarers.

David is married to Brennan and they enjoy spending time outdoors. 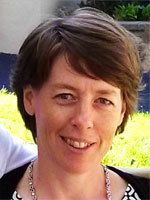 Administrator & Volunteer Coordinator
Patty grew up in Montreal and graduated from McGill University with a Bachelor of Education in physical education and English. She has high school teaching experience and has worked as an Administrator in the charitable sector since 2000.

For many years Patty enjoyed coaching Atom and Pee-wee football and girls' hockey. She also had the pleasure of coordinating the Newcomer and Practical Care Teams at her church and serving as a deacon. She enjoys making introductions and then watching those relationships flourish.

Patty is married to Daniel and they regularly visit their two Compassion Canada sponsor children in the Dominican Republic.

Meet the Board of Directors

The Ministry to Seafarers operates as a corporation under the Canada Not-for-profit Corporations Act and is guided by a Board of Directors that formally meets twice a year.

Board Chair
George earned a Bachelor of Arts in History at Clearwater Christian College, Clearwater, Florida. He spent most of his working career in production management at grain and feed, fertilizer and turf grass outlets and then production management at a goat cheese factory.
During this time, he served on school boards and committees and on church boards and committees. George is currently serving on the Board of the Christian School Foundation and is chair of his church council in Ottawa.

Vice Chair
Sonja Verbeek has more than 18 years of experience working in diverse leadership roles, including her current position as Director of Human Resources for the Kingston Police.  Besides overseeing a busy Human Resources Unit, Sonja’s accomplishments in her six and a half years with the Kingston Police include spearheading initiatives in recruitment and performance evaluation, as well as shift deployment and promotional processes.

She is currently Co-Chair of the Ontario Association of Chiefs of Police Human Resource Committee and in 2016 was awarded the Barrie Police Service Chief of Police Award for her work on the competencies profile guide for civilian positions in police services.
Prior to her career change to HR in 2013, Sonja was a director in the Vice-Principal (Research) Office for nine years, where she played a key role in the renewal of the Queen’s Strategic Research Plan and the launch of the research magazine. She also oversaw budget and staffing for the research portfolio, managed university-based Research Centre and Institute 5 year reviews and was a member of the Queen’s Bargaining Team for the first Collective Agreement for Queen’s Staff.

Earlier in her career, she was Project Officer for a multi-year, multi-million-dollar Queen’s Family Medicine international development project to establish family medicine as the cornerstone of the health care system in the post-conflict Balkans Region.  Sonja holds an advanced Certificate in Strategic HR Management from Cornell University (2013) Queen’s Executive MBA (2011), MPA (2001), and BA (1987), as well as a BAH in Translation (1991) from York University.

Secretary
Bert Wissink served in the Ottawa Police service for almost 30 years holding different positions including:  Bert has also served in two churches on the church council as deacon, elder, and chair.

Treasurer
John Luimes was born in Doetichem, Netherlands in 1948 and immigrated to Canada in 1949. He graduated from Carleton University in 1971 with a B.Sc. in Mathematics and Physics and attained Actuary Designation in 1980.

He worked as an Actuary for various life insurance companies in Toronto, ultimately working as Vice President and Chief Actuary for Transamerica Life of Canada. In 1999, he took early retirement and consulted with the same company managing their reinsurance business until 2017.

John has served on the Board of directors for Church Council, Christian Schools, Durham Christian Homes in Whitby, CRC Ministers Pension and as audit committee member for DUCA credit union. He currently serves in Church Council and on the DCH board.

Staff Liaison
Sandra Holger Penner was born in 1949 in Minnesota, United States. After meeting her husband, she moved to Winnipeg, MB and later, to the province of Quebec.  She has worked with her husband in establishing and administrating a burglar alarm company in the greater Montreal area.

Since 2001, Sandra has directed an adult community choir called Les Chanteurs de Lorraine in Lorraine, QC. As well as presenting classical concerts twice a year, the choir has performed internationally with two European tours and one to eastern Québec and the Maritimes. An upcoming tour is planned in Scotland in 2021.

Sandra is an active member of her church and with a team of volunteers host a Community Supper there once a month as an outreach program. Sandra is presently a member of the board of directors of Mariners’ House located in the Old Port of Montreal.

Volunteer Relations
Gerard Bondt was born in 1945 in The Hague, Netherlands and emigrated to Canada in 1959, settling in P.E.I.  He graduated from the University of P.E.I. in 1970 with a B.Ed.

After graduation Gerard moved to Edmonton, Alta., taught in a Jr. High School for one year, then became a grain elevator manager and District Manager for Pioneer Grain in Alberta and Saskatchewan until 2000.

In 2000, he moved to Eston, Sask. and worked as a shipping manager for a small Canary Seed Co. until his retirement in 2005 when he moved to Ontario.

Gerard has served as a volunteer with various churches and community organizations. He started volunteering with M2S in 2013.

Spiritual Oversight
Bernhard VanderVlis, is originally from The Netherlands and immigrated to Canada in 1980. He completed a Bachelor Degree (History) at The King’s University College in Edmonton, Alberta in 1990, followed by a Master’s Degree (Educational Ministries) from Calvin Theological Seminary in Grand Rapids, Michigan, in 1993.

Bernhard worked for Christian Reformed World Missions in Nigeria, West Africa from 1993 to 2007 at various locations and in different capacities in the area of leadership training and development, including as lecturer at a Smith Memorial Bible College, vice-principal at Veenstra Theological Seminary, and as founder/director of the Daniel Centre in Abuja, FCT.  He returned to Canada in 2007, completed a Master of Divinity at Regent College in Vancouver, British Columbia in 2010, and was ordained as a minister in the Christian Reformed Church in 2011.

Bernhard is currently pastor at Hope Church (Christian Reformed) in Port Perry, Ontario. He continues to take an interest in leadership development and the mission of the church around the world. 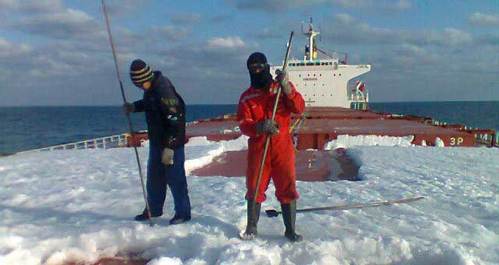 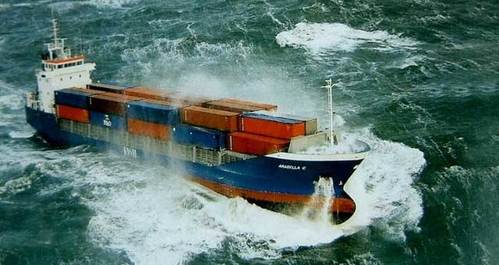 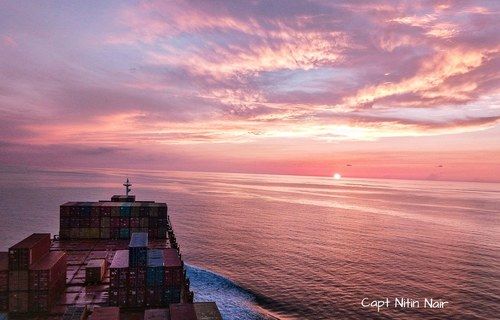 Ninety percent of all that we use and own comes to us through a seafarer. In 2018 an estimated 11 billion tonnes of cargo was shipped worldwide. That’s 11 with 9 zeros behind it! That requires a lot of ships, and those ships are manned by seafarers – an estimated 1.5 million of them!

Each ship has a crew of only 20 men and women, on average, who are usually contracted on 6-9 month terms. Most seafarers (the vast majority are men) are from Asia and Eastern Europe. Many come from very low-income areas and they have chosen to leave behind those they love and set sail in order to provide for them.

Seafaring jobs are demanding and often dangerous. Even though the shipping industry has regulations governing the working conditions of seafarers, many countries ignore them or do not enforce them. As a result, even in our modern world, many seafarers work in very hazardous, stressful conditions on-board ships, which only compounds the dangers of the job and intensifies their loneliness and helplessness. All this creates a need. A need for advocacy, support, encouragement – and a need for love like Jesus'.

So, that’s where we come in. And you, too, hopefully!

We are called to reach out to all people, near and far, it's true.
At M2S, we like to say we reach the far when they come near!

A Day in the Life of M2S

Every day (and we mean every day!) our chaplains drive out to visit any ships that are in the Port of Montreal. They go aboard to meet the crew and spend some time with the seafarers while they are on their breaks or having lunch. Over a cup of tea or coffee, our chaplains listen as the seafarers discuss their work, their families and the joys and struggles of both. Many friendships are forged during these times of casual, open conversation.

Before leaving for the next ship, the chaplains take note of how many seafarers would like to be picked up in the evening for a visit to Mariners' House, and at approximately what time. For seafarers who don’t have an opportunity for shore leave, the chaplains bring a supply of phone cards to sell so they can call home. Now and then, the chaplains also help the seafarers out by taking them to run errands in downtown Montreal.

When evening rolls around, the volunteers arrive, ready to help out behind the snack bar and gift counter or to help host Games Night or another Event. Other volunteers drive the Mariners' House shuttle vehicles — a big van and a small bus — to pick up seafarers from their ships, or return any who would like to go back to their ships.

Using the information the chaplains have gathered during the day, the shuttle "bus" drivers make their rounds to every ship that has requested a passenger pick-up. The seafarers are then brought back to Mariners' House where they can spend the evening relaxing, contacting friends and family, socializing with our staff, volunteers and fellow seafarers, and enjoying a variety of activities that are available to them.

At around 8:30 p.m., an evening service or closing prayers are offered to those who would like to participate. At 10 p.m., the shuttle service leaves Mariners' House to return all the seafarers to their ships. The remaining volunteers and staff then do a thorough clean-up of the facilities in preparation for... another day in the life of M2S and Mariners' House.