An Interview with our Summer Intern, Kelly Orellana

We first met Kelly when he came through M2S with a group of local theology students for an orientation session back in April. He is currently studying at Université Laval for his Bachelor’s degree while also working towards a counseling minor through L’Institut de théologie pour la francophonie. We were thrilled when his interest was piqued enough to apply for the summer internship. With a pastoral heart and three languages under his belt, he’s been a wonderful
addition to our team. We sat down to interview him as he wrapped up his internship. 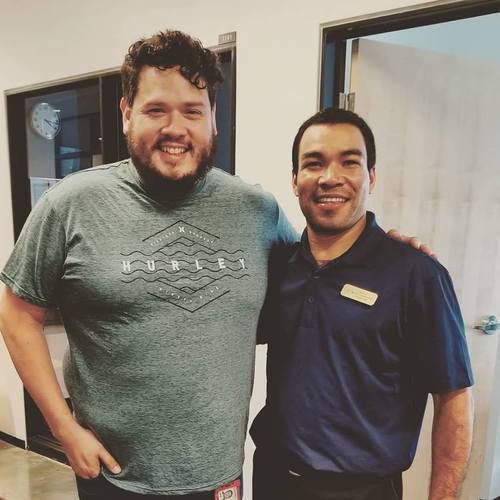 Kelly (left) with David from the Victory II
M2S: What were some of the highs of ship visiting?
KO: When I had the pleasure to visit returning ships. It made a big difference connecting with the seafarers, especially when seeing a familiar face. During the month of July the Victory II stayed in port for three weeks. I was able to get familiar with many of the crew, particularly from Latin American countries. I connected with the bosun, Owen, one of the carpenters, Sebastian, and David from the laundromat service. It was amazing to see the diversity onboard this ship: we had seafarers from Nicaragua, Peru, Guatemala, Philippines, Ukraine and much more.

M2S: What challenges did you face?
KO: The challenges have been more of a learning experience. On some days, it happens that there are multiple requests for pick-ups and depending on the location, it might take up
the majority of the day. At first it seemed frustrating as it felt like I was just rushing from one location to another with no time to create meaningful connections. Then I realized that
talking in the van can be as meaningful as a visit onboard a ship.

M2S: We were so pleased with your creative approach to chapel services. Tell us about that and why you chose to introduce something new.
KO: I initiated two events in place of the traditional chapel services. On Tuesdays we invited seafarers to watch an Alpha video followed by a discussion, and we had Music Fridays
where we invited artists to come and play their instruments but also to share their stories through song.

I chose to try something new because I felt that for some seafarers, even entering the Chapel created a barrier. As John 1:14 says, “The Word became flesh and blood, and moved into
the neighborhood.” Jesus did the moving and so I thought we could move towards the seafarers rather than have them move toward us. We held the video sessions in the Karaoke
room and the live music was outside the chapel doors in the main area.

M2S: Tell us about the results of this experimentation.
KO: In the first three sessions of Alpha, there was an average of about five seafarers per sessions. But on two nights nobody attended. Though it felt discouraging, during that
time I, along with some volunteer students that were helping me, took the opportunity to pray for all the seafarers in the centre.

At the end of every Alpha session I invited the seafarers to download YouVersion, a free Bible
app, and encouraged them to read the Scriptures on their own every day. I was so happy when one seafarer asked on the spot for help to download the app.

One seafarer said he appreciated sitting around with staff and musicians at Music Friday as everyone chatted together. He said, “Despite being far from my family, I am heartened to be
surrounded by a Christian family.” 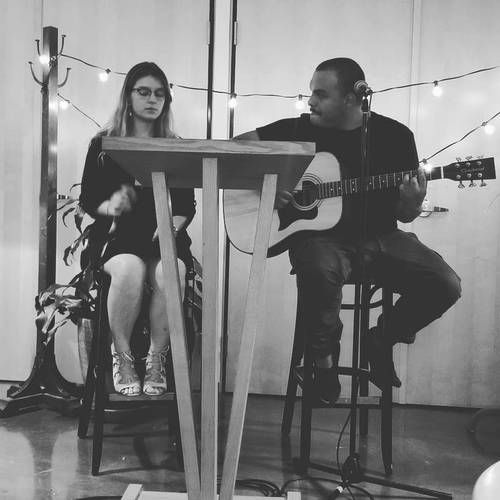 Laureanne and Juan at Music Friday

Since our last newsletter, we’ve enjoyed having Gerard & Hester, Tony & Mary, Hans & Cathy and Mario & Wendy at the centre. They worked alongside us, helping to redefine the role of the volunteer and experimenting with different ways to reach out to seafarers. Mary is putting her sketching skills to good use, Gerard and Hester helped mix up smoothies at the Rest & Relaxation seafarer event, and Cathy brought along her accordion. Connecting is key and we’re emphasizing the need to build relationships. That can be scary! One volunteer sums up what many are feeling, “The spiritual aspect is always the most difficult for me although it does come up in the various conversations when they describe their religion. I need to be more open in asking what they believe. Asking the seafarers questions often leads to them talking about their religion, family and their home country.”

Volunteer Call-Out: If you have a heart for connecting with people, want to experience cross-cultural missions right here in Canada, love planning events or need a place to complete an internship, please contact Patty at M2S. 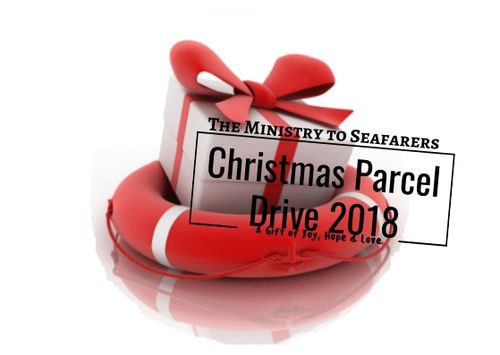 With your help we hope to bless more than 1,400 seafarers with a Christmas Parcel this December. Before packing your box read our guidelines on what to include. Your participation really makes a difference because each parcel is a source of joy and a gift of love to its recipient. Thank you! 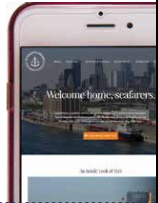 Our website is mobile-friendly now! Whether you’re viewing it on your phone, tablet or computer you’ll enjoy a smooth experience. It is also secure so you can always be confident
when clicking links, making donations or adding a comment to the Blog. We enjoy when you keep in touch!

We’ve also refreshed our logo, flipping the bottom wording so it’s more legible, and we’ve centered the graphic. Churches should have received a link to the new icon via email.

Pray for four seafarers from Kerala, India who are worried about their families and homes due to extreme flooding. One seafarer said his aunt was evacuated as her home had flooded.

Pray for our van fundraising efforts. We’ ve raised $3,030 so far (thank you!) and we’re applying for grants. Pray that we’d find favour with the granting organizations.

You can get updates by signing up for LIFEBOAT, our monthly prayer guide.
DONATE NOW
Posted in M2S Newsletters
Tagged with Newsletter

Thank you, Ashwin for your encouragement!